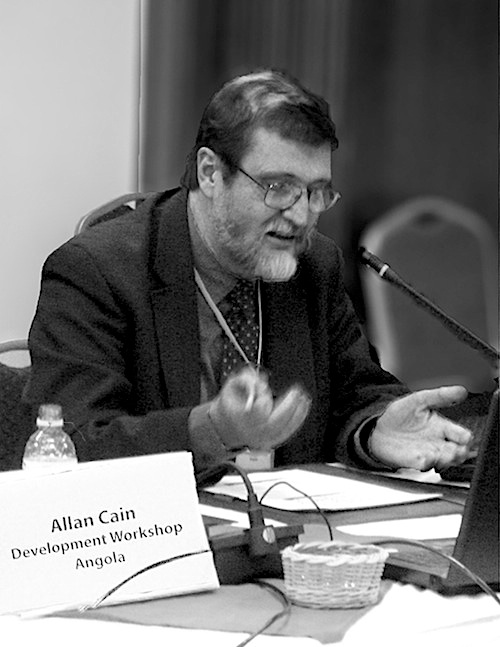 Allan Cain is an architect and specialist in project planning, microfinance, urban development. He has a degree in Environmental Studies, did his graduate studies at the Architectural Association (London, UK) and further specialist studies at Harvard University and Boulder, Colorado (in Microfinance and Housing Finance).  He was made an Officer of the Order of Canada in 2004 and won several other awards for his work in international development. He has over 35 years of professional experience in developing countries, many of those in conflict and post-conflict Angola. He has worked as a consultant and lead research projects for the World Bank, UN Habitat the European Union and other international organisations. He has lectured at universities in China, Angola, Norway, USA, South Africa, UK and Canada where he is a Visiting Professor at the University of Ottawa.

He is the director of Development Workshop and a member of the boards of several development institutions. His articles and papers have been published widely in international journals. He is co-founder and president of KixiCrédito, Angola’s first non-bank microfinance institution and has pioneered housing micro-finance.