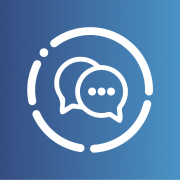 Following its official establishment on September 23, 2020, the Transnational Laboratory for Sustainable Peace (PAZSOS, for its Spanish Acronym) held online the first meeting of its board of directors on October 17, 2020. Participants unanimously confirmed the following nominations: (1) Laurent Corbeil, Allan Cain and Helen Faradji were respectively named President, Secretary, and Treasurer of PAZSOS’ Board of Directors (BOD); (2) Fernando A. Chinchilla, Catarina Antunes Gomes et Luis Rodas Calderón were respectively named General Director of PAZSOS, Deputy-Director to Research and Development, and Coordinator to Facilitation of Creative and Participative Dynamics; (3) Aurélie Mont-Raynaud was named appointed juridical advisor. All nominations took effect immediately.

The Transnational Laboratory for Sustainable Peace, or Sustainable Peace, is a non-profit, non-governmental, independent, and multidisciplinary organisation based in Montreal, Canada, that works on issues related to peace and violence. We are Think Tank, an advocacy group, a professional association, and a specialized consultation group. We work for individual and collective empowerment regardless of one’s religion, ethnicity, gender identity, age, or place of residence, in order to reinforce each individual’s ability to act for a positive change in their immediate surroundings.

Laurent Corbeil, PhD.
Chairman of the Board of Directors